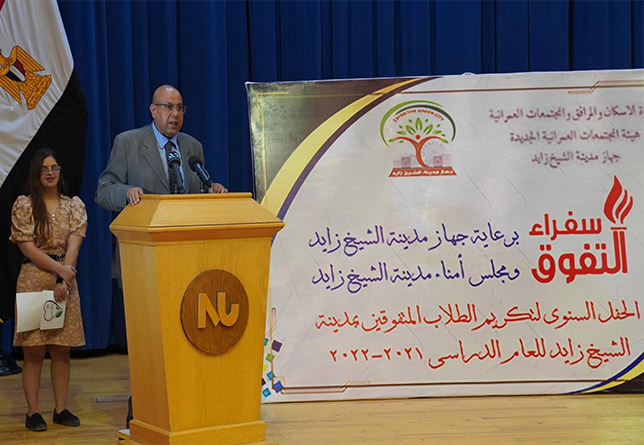 The ceremony began with saluting the anthem, then reciting some verses from the Holy Quran, followed by speeches from the Sheikh Zayed City Council, the president of the Nile University, and the board of trustees. After that, Prof. Wael Akl honored Eng. Ahmed Mustafa, in turn, was himself honored for his good reception and hosting.

Finally, the ceremony concluded with a play by outstanding people of disabilities. At the end of the ceremony, the audience expressed their happiness with the idea of the celebration, their interest in the educational process, and their gratitude for the efforts of the City Council and Board of Trustees.